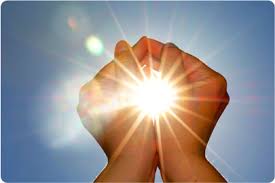 When Nicole and I moved into Joshua Station in 2009, I experienced a sort of disillusionment. I walked into our new city and ministry context with a way of approaching poverty that quickly proved to be unhealthy for everyone involved.

The way that we approach poverty often finds its way into our conversations at our weekly Mile High Ministries staff meetings. Those meetings, as well as the relationships that were starting to blossom, were major contributors to my disillusionment. I remember one specific conversation with a neighbor of mine who had found herself homeless after a long struggle to learn a different way of life than she knew as a kid. As she started to tell me stories of how her family struggled desperately to make ends meet, I began to realize that our stories were not as different as I had previously assumed—and probably hoped was true. As simple as it seems, the realization that my neighbors were people, just like me, was profound in forming my views on poverty and how we, as a society, could healthily engage it.

Since then I have boiled my “mission” down to 2 simple things; affirm the person that each kid truly is and convey the deep truth that God loves and without reservation accepts them—before any behavior modification takes place. Right now. Today. The problem with how our society (for the most part) engages poverty is that folks often have to “prove” how incapable they are. I understand the desire to protect ourselves against being taken advantage of. But the stage for disaster gets set when we are constantly elevating the materially wealthy as the rescuer and force the materially poor to prove they can’t do it by their own efforts. This model lacks one key ingredient to healthy poverty engagement—Mutual Dignity.

Every now and then I am reminded of just how amazing the kids at Joshua Station are. We recently held our annual fundraiser for Joshua Station and the Justice & Mercy Legal Aid Clinic. At the mixer before the play began we had a band perform and a couple of Joshua Station youth were given the opportunity to display a bit of the beauty that lies at the center of who they are. A good friend of Mile High Ministries, a Spoken Word performer, spent a few weeks before the event helping these two young artists create a poem that they would perform in front of all the folks who showed up to enjoy the show and support our ministry. I was intentionally kept from reading the poems the kids were creating so I heard them for the first time at the mixer with everyone else. Those who know me know that I don’t cry easily. I was so blown away by the words being shared by the two brave beautiful souls that I couldn’t help but let the flood gates burst.

I hope that you enjoy the poems created by two of Joshua Station’s youth. Robert and Kimberly are only a small taste of the beautiful community I have the privilege of being a part of. I hope that their words will serve as a reminder to all of us that we all (regardless of what we have or lack) are made in God’s Image and are deserving of respect and dignity. May those words also serve as a lesson of what a person is capable of when they are asked to live into their true potential rather than proving their lack of it.