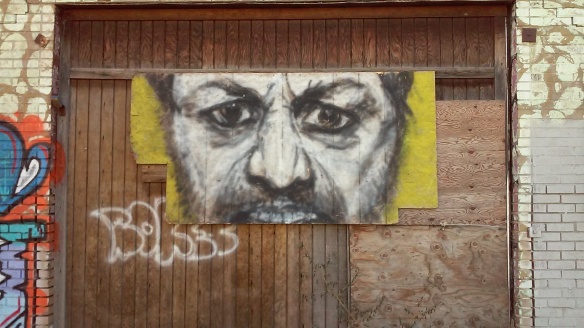 It’s not uncommon for new residents of Joshua Station to cry when they first see their new apartment. Most of them expect something far less warm and inviting. They expect to be moving into a cheap motel and instead they are welcomed into a home. Coming from backgrounds of drug and alcohol abuse, generational poverty, immigration struggles, etc., the message our families have received from their society often serves to remind them that they belong on the margins–not with the rest of us. I believe that God’s response to this message is to spend an awful lot of time on the margins, inviting In those folks that many of us would cast out.

Today marks the beginning of the third week of Advent.  The people within the Advent story that guide my reflection this week are the Shepherds. The Shepherds seem to always be present within the Nativity Scene. But there are some details about them that often go unnoticed.

The Shepherds were very poor. They were seen as social outcasts–as well as geographical outcasts since their flocks were outside of the residential areas. It is believed by many that they were not trusted by their fellow people and were considered crude and morally questionable.

But God does what God seems to love to do. The people you might think would be invited to participate in the beautiful moment of Jesus’ birth–the birth of “The King”–like high ranking officials, social and religious elite, etc. are bypassed. Instead God announces the birth of Jesus to these crude and morally questionable people who were tending their flock on the margins of their society–where they knew they belonged. God invites them to participate in this blessed moment. God invites them In.

Movement 1: The Beggar Within

Jesus, in the Beatitudes found in the 5th chapter of Matthew’s Gospel, mentions the “Poor in Spirit”. Perhaps the best way to understand this phrase is simply as “The Beggar Within”.

Like the Shepherds, there are pieces of ourselves that we feel don’t belong. We carry shame when we think about them and often we ignore their presence until we no longer can. We do everything within our power to hide them from even those closest to us–even God.

Movement 2: The Beggar Without

The Advent story reveals something profound about God through the Shepherds. Apparently God is not impressed with “Status” nor does God have special places prepared for those who have it in good supply. Instead God sees the pain our obsession with having the “Ins” and “Outs” has caused, and over and over again decides to identify with the “Outs”.

It is my prayer that I might begin to remove myself from the systems that create illusions of who belongs and who doesn’t. I pray that I have the courage to seek ways of being present on the margins of my society–knowing that God is already there.

May you understand that God invites all of who you are–including your own “Beggar Within”–into the transformational relationship happening between you. May you also see the ways that your life perpetuates the myth that some belong and others don’t. May we all follow God’s example and invite In those who have been cast Out. Amen.